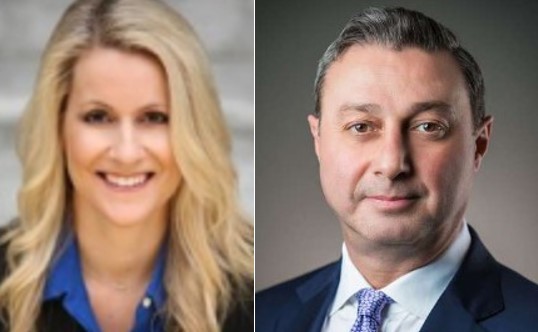 LOS ANGELES - Ford Motor Co. is challenging a request for more than a half million dollars in attorneys' fees in a lemon law case tried two months ago in federal court, arguing in part that a plaintiff awarded around $65,000 could end up owing the IRS more money than he will recover in damages given the exorbitant fees sought.

Plaintiff Mark Pedante, represented by Knight Law Group attorneys Steve Mikhov and Roger Kirnos, petitioned for an award of fees of $385,996.25, plus a lodestar multiplier of 1.4 in the amount of $154,398.50, for a total of $540,394.75, as one of more than 1,000 claimants in powershift transmission products liability litigation pending at the Central District of California.

The company argues that Pedante would have fared far better had he accepted its settlement offer of $75,001, made one month after the case was first filed in October 2016.

Instead, the case went to trial before U.S. District Judge Andre Birotte, Jr. in November, and jurors found in Pedante's favor on only one of five claims, breach of express warranty-violation of Song-Beverly Act - the state's lemon law. He was awarded $21,721.69 in stipulated damages and $43,443.38 in civil penalties, for a total judgment of $65,165.07.

Not only could Pedante owe the government more than he recovers, he must also turn over his 2013 Focus to Ford at a date and time to be arranged by the parties, according to Birotte's order.

Facing a barrage of lawsuits consolidated in multi-district litigation, arising from DPS6 transmissions in certain Ford Fiesta and Focus vehicles, the company filed its objection to Knight Law Group's fee request on Jan. 29.

"He is not the prevailing party—and yet he seeks over half a million dollars in attorneys’ fees," Mrowka wrote. "His attorneys justify this by arguing the fees were not incurred for this case, but for the 'common benefit' of over a thousand other cases also pending in the MDL."

Mrowka further wrote that none of the other plaintiffs have prevailed yet either.

"Last year, Plaintiffs’ Liaison counsel assured this Court they would not make such a claim, saying that fee requests relating to common issues would 'be presented to the Court not as a common benefit fee but for the time applicable to the case they’re working on,'" Mrowka wrote. "They are breaking that promise now."

Ford is likely also to challenge why Pedante should recover any amount in penalties because jurors awarded $30,000 less (in civil penalties) than its settlement offer of $75,001, referenced as a Rule 68 offer in pleadings. In total, penalties and damages were approximately $10,000 less than what the company initially offered.

"...Mr. Pedante did not achieve his litigation objectives," Mrowka wrote.

Ford argues that Pedante's fee motion claims that after he rejected Ford's Rule 68 offer, "'all of the work leading up to and during trial in this case was done pro bono,'" Mrowka wrote.

"Notably, Plaintiff avoids addressing why he should recover anything after Ford’s $75,001 served at the beginning of this case," she wrote. "Be that as it may, how did Plaintiff’s counsel generate over half a million dollars in fees in a single lemon-law case they supposedly handled 'pro bono'? They didn’t. They have failed to apportion fees incurred for work on all the cases in this MDL, and inflated those fees to boot."

As of Feb. 3, Pedante's attorneys had not responded to Ford's opposition to their motion for attorneys' fees, costs and expenses.

In the last six years, more than 30,000 complaints have been filed against the auto industry in California courts and each year since 2015 that number has grown.

The auto manufacturer that has faced the most lemon lawsuits is Ford, and by a wide margin. Since 2015, it has been hit with at least 8,791 complaints. General Motors faces the second greatest number of suits with at least 5,612.

Want to get notified whenever we write about Ford Motor Company ?

Sign-up Next time we write about Ford Motor Company, we'll email you a link to the story. You may edit your settings or unsubscribe at any time.