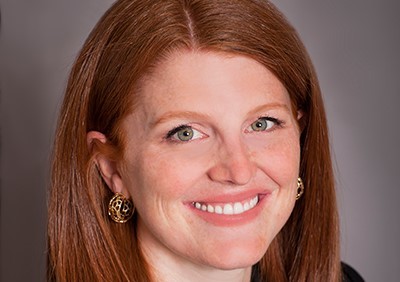 LOS ANGELES – A 12-member jury on Monday decided Johnson & Johnson was not responsible for Amy Fong’s mesothelioma, rejecting a lawsuit in which it was alleged that the baby powder Fong had breathed in Hong Kong during the 1970s caused her to contract the deadly lung disease.

By a margin of mostly 9 to 3, the jury decided the company was not liable through negligent design in its baby powder, nor had the product failed to perform as an ordinary consumer would expect. J&J was also cleared of causing a substantial risk to Fong or committing negligence in the manufacture and supply of the product.

While the jury agreed (9 to 3) the baby powder had a potential risk that was known in light of scientific knowledge at the time, it found that use of the product did not present a substantial danger to persons using it in an intended and reasonably foreseeable way.

Fong, 48, a resident of Pasadena, sued Johnson & Johnson and its talc powder supplier Imerys Talc America claiming she developed mesothelioma, a deadly cancer of the lungs, as a result of breathing in asbestos-contaminated baby powder over a period of time from 1971 to 2004.

Fong’s attorneys allege talc powder mined in Korea and inhaled by Fong in Hong Kong where she lived during the 1970s was the cause of her disease.

Johnson & Johnson attorneys argued the woman's mesothelioma could have been contracted from asbestos in fumes inhaled from an incinerator at a landfill near her home in Hong Kong, or possibly a genetic malfunction, inherited trait or naturally occurring disease.

Fong’s attorneys used inter-company documents many of them dating from the 1970s to make the case that officials of Johnson & Johnson knew their baby powder was contaminated but chose to ignore it by disregarding conflicting evidence.

Fong's attorney Joseph Satterley produced one document from the 1960s that warned litigation was possible because of what was in the talc powder. Another document marked confidential stated that “hazardous material was potentially present” in the powder.

Kimberley Branscome, lead attorney for J&J, countered that exhaustive testing of the powder including tests by government agencies like the Food and Drug Administration (FDA) had taken place for decades with no asbestos found.

Developed in the 1970s, heavy liquid separation involves spinning a tube filled with talc to separate the talc from heavier materials that could then be looked at under a microscope.

Critics of Johnson & Johnson said the company should have used the heavy liquid method because of its sensitivity in detecting asbestos. Company officials declined to adopt it, saying it could not detect chrysotile, one of six asbestos minerals because it won’t separate well from talc.

However, plaintiff attorneys alleged that company officials were frightened of what the heavy liquid approach might find in the powder.

Testifying for the defense were Dr. Matthew Sanchez, a geologist with the R.J. Lee Group, an independent testing lab in Illinois; Dr. Richard Attanoos, a researcher at Cardiff University in Wales (U.K.) and John Hopkins, former quality control officer at J&J from 1976 to 2000, considered the company’s top corporate spokesman.

Sanchez faulted Longo’s testing methods saying he relied too heavily on counting fibers according to their size called an “aspect ratio” and not on a combination of tests using X-ray diffraction (determines crystal structure), the polarized light microscope (PLM) and transmission electron microscope (TEM).

Longo maintained that Sanchez’s testing methods and that of J&J were insufficient to detect asbestos in the powder, especially smaller amounts called “trace levels.” Plaintiff attorneys stated there is no safe level of asbestos exposure.

As in past talc trials, attorneys argued over cleavage fragments, crushed talc rocks and whether they are asbestos or not. Cleavage fragments under a microscope can appear fibrous in shape like asbestos.

Want to get notified whenever we write about Johnson & Johnson ?

Sign-up Next time we write about Johnson & Johnson, we'll email you a link to the story. You may edit your settings or unsubscribe at any time.