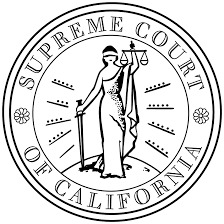 The Supreme Court handed down a stayed two-year suspension and two years' conditional probation with a minimum of the first 30 days spent on suspension. Luke will remain on suspension until he pays $1,750 in sanctions ordered by Orange County Superior Court.

"If [Luke] remains suspended for two years or longer as a result of not satisfying the preceding requirement, [Luke] must also provide proof to the State Bar Court of rehabilitation, fitness to practice and present learning and ability in the general law before the suspension will be terminated," the Supreme Court's order said.

Other conditions of Luke's probation include passing the Multistate Professional Responsibility Examination as previously recommended by the California State Bar Court's Hearing Department. He also was ordered to pay costs.

Luke's discipline will be effective Nov. 9, according to an announcement recently posted on the state bar's website.

Allegations against Luke stem from sanctions levied against him by the superior court in 2017 in a case where Luke represented the plaintiff in litigation against a self-storage company, according to the stipulation. "[Luke] did not pay the sanctions to the court by Jan. 15, 2018, or at any point thereafter," the stipulation said.

Luke is alleged to have failed to obey two court orders, report judicial sanctions and to cooperate with the state bar's investigation, according to the stipulation. He also has demonstrated "indifference toward rectification or atonement for the consequences of his misconduct," the stipulation noted.