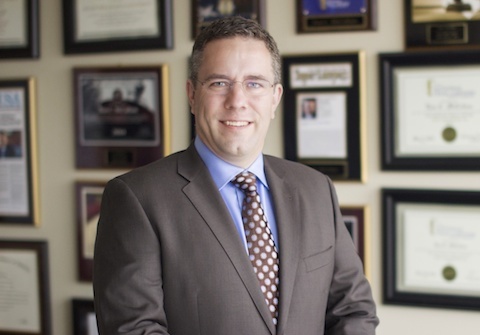 TORRANCE – After a jury in a Los Angeles Superior Court hopelessly deadlocked on a woman’s lawsuit against Johnson & Johnson in September of 2018 for allegedly causing her mesothelioma, a new trial began Monday in an L.A. Superior Court in Torrance to decide the issue.

The trial is being streamed live courtesy of Courtroom View Network.

Plaintiff Carolyn Weirick, a former school counselor, sued Johnson & Johnson claiming that the baby powder she used for 40 years caused her to develop mesothelioma, a rare and deadly cancer of the linings of the lungs. Her attorneys asked for $28 million in damages contending that J&J ignored findings of asbestos in the baby powder and an adult product called Shower to Shower and twisted science to continue profiting, and to preserve the company’s reputation.

Attorneys for Johnson & Johnson countered that cosmetic talc powder does not cause mesothelioma and that plaintiff attorneys imagined asbestos where there was none.

During opening remarks on Monday Jay Stuemke, Weirick’s attorney with the law firm of Simon Greenstone Panatier Bartlett, told the court that attorneys for Johnson & Johnson would attempt to portray the woman’s disease as just bad luck.

He added that long-term exposure to cosmetic talc among women such as Weirick had not been adequately considered. Nor had positive findings of asbestos in the baby powder during the 1970s been supplied by the company to the Food and Drug Administation (FDA), Stuemke maintained.

“The information relied upon was incomplete,” he said.

Steumke said J&J’s own definition of asbestos, an elongated fiber with at least a 3 to 1 (length to width) ratio, had been detected in samples, but the company used the testimony of its expert witnesses to deny it in court.

“Their attorneys will tell you these (sample findings) are not asbestos,” Steumke said. “They don’t dispute what they found in their product. They dispute what to call it. The label you put on it doesn’t mean it doesn’t cause cancer.”

Steumke said Weirick, a mother with three children, should have had a life expectancy of 25 years. Instead it has been cut short because of mesothelioma.

“She’s not going to make it much longer,” Stuemke said. “To have to live with the knowledge of how you are going to die is a terrible thing.”

On Tuesday John Ewald the attorney for Johnson & Johnson with the Orrick law firm said there was sympathy for Weirick and her family.

“If it was only about sympathy I wouldn’t be standing here,” he said. “The evidence will show that what the plaintiff’s counsel told you is not true. The plaintiff bears the burden of proof.”

Ewald said scientific evidence rejected the idea that cosmetic talc powder causes cancer. He took issue with what he claimed was an assertion by plaintiff’s attorneys that the FDA did not regulate talc powder.

“The FDA does monitor for potential safety problems and that the (powder) products are properly labeled,” Ewald said. “The FDA requires sound scientific data before taking action (taking a product off the market).”

Ewald said the company had produced the powder since 1894 and hundreds of millions of people have used it, yet mesothelioma remains a rare disease with 3,200 cases reported nationwide annually.

“Especially among women it is exceedingly rare,” he said.

He asked the jury to use common sense and ask themselves if regulatory agencies and study labs as those at Harvard University, Dartmouth and the FDA would engage in a conspiracy to hide the truth.

Talc powder has been mined in Italy, Vermont and more recently China.

Ewald said studies of talc miners who dug the minerals and were exposed to it daily showed cases of a respiratory ailment called “talcosis,” but not mesothelioma.

The first witness called by plaintiff attorneys was Dr. Arnold Brody, a cellular researcher at Tulane University. Brody explained for the court how asbestos can invade the body and overcome the body's defense mechanisms.

Brody told Leah Kagan, Weirick's attorney, that asbestos exposure is a major cause of mesothelioma.

“If there is asbestos there (in baby powder) you can assume it will cause mesothelioma,” Brody said.

Brody said he was being paid $625 per hour to testify.

Under cross examination Ewald exhibited for the jury an exhibit referring to Brody's opinions as "assumptions."

Two major points of argument in past talc powder trials have been the issues of cleavage fragments and the testing methods used. Cleavage fragments, shards of minerals from crushing rocks for talc powder witness experts for Johnson & Johnson argue look like asbestos fibers and have been identified as asbestos by plaintiff experts, but are not asbestos.

Expert witnesses for the plaintiffs have maintained that cleavage fragments can be toxic.

Plaintiff witness experts said a new form of testing called “concentration” developed in the 1970s in which heavy liquid is spun in a tube separating talc from heavier materials should have been used by J&J.

Company officials said the technology was not effective and could not spot chrysotile, one of six forms of asbestos.

Weirick’s case is one of hundreds filed by women against the cosmetic talc powder company across the country, though most allege the powder caused them to suffer ovarian cancer.

Want to get notified whenever we write about Johnson & Johnson ?

Sign-up Next time we write about Johnson & Johnson, we'll email you a link to the story. You may edit your settings or unsubscribe at any time.